Starbucks Corp. announced Wednesday that guns will not be welcomed in its cafes. This has brought the coffee chain giant deeper into the debate regarding weapons that has been difficult for retailers and other businesses. 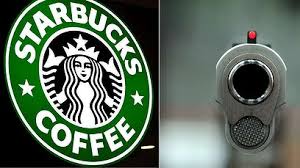 The request was made through an open letter from Starbucks’ Chief Executive Howard Schultz. It came after the company was pressured by the public after allowing customers to openly carry their guns in states that allow it. Gun control advocates criticized the company for its policy while gun rights advocates had praised it.

The statement made by Starbucks doesn’t ban guns at its more than 11,000 outlets in the United States. Schultz said that he wants to give responsible gun owners the chance to respect the company’s request and doesn’t want to put its workers in the position of confronting armed costumers. According to a spokesman, Starbucks doesn’t plan to post signs in its stores to address its position.

Most states permit its residents to carry firearms openly. 29 states have no rules against it and 15 states allow it as long as the person has a permit. California allows open carry in rural areas. Five states and Washington, D.C. doesn’t allow guns from being openly displayed in public. Some local governments in some parts of the nation also have stricter rules regarding the carrying of guns.

Most local governments restrict people from having concealed guns into places that sell alcohol. Chicago adopted a ban last week on concealed weapons in all restaurants and bars. But not all states have the same idea. North Carolina passed a bill that allowed people with concealed guns to go into bars and restaurants as long as they have permits. It was previously excluded from the concealed carry law of the state.

Private businesses are allowed to ban guns from their premises but only a few chains have practiced it. These include Costco Wholesale Corp., Chuck E. Cheese’s, and CVS Pharmacy.

$1.03 Billion in Sales Expected for TopBuild Corp. This Quarter