Spotify Has an $8.4 Billion Value in Latest Round of Funding 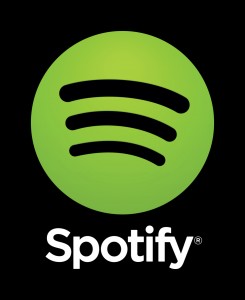 According to a nationwide newspaper, Spotify the provider of streaming music is close to landing a new deal for $400 million with the financial institute Goldman Sachs and with the sovereign wealth fund of Abu Dhabi, which would increase its valuation to about $8.4 billion.

This will be the seventh time that Spotify opted for this kind of funding. This deal became known after the streaming music company made known their intentions that they were looking for up to $500 million in funding.

According to Spotify executives, the soon to be cash stream has been targeted to lift its position in the market, doubling the valuation compared to Pandora Media its biggest competitor, with a $3.5 billion market cap.

There is one other reason behind the funding, as many industry experts believe Spotify is preparing for a possible Initial Public Offering in the futures.

The deal had been worked out primarily with Goldman Sachs, as the music streamer wanted to fund the complete venture privately.

Sony as well as well Universal Music Group from Vivendi SA has stakes of 15% in Spotify. The two record labels have pressured the provider of music streaming to make an aggressive transformation of its business model by raising the amount of their customers who pay.

Spotify has already had problems because of dropping demand for digital downloads and CDs, that significantly affected revenue.

At the same time, their current advertisements are not generating revenues needed to offset a loss from the drop in sales of CDs.

However, Spotify backed the business model it currently follows, as it had confidence that the free services are very important in attracting more customers.

The provider of music streaming online is facing new threats on all sides, and will be challenged by new music streaming providers such as Apple and Google who are preparing their forces to launch a new music development.