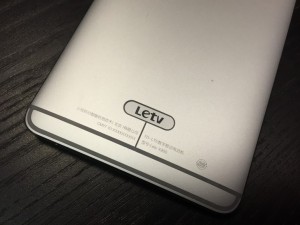 Letv, one of the fastest growing companies in the technology field in China announced on Tuesday it was entering the U.S. market by launching if first smartphone.

Based in the city of Beijing, it was founded back in 2004, employs over 5,000 and is listed with a market capitalization of over $12 billion.

Letv will establish its headquarters in the U.S. in Redwood City, California and will build its Silicon Valley team quickly. The company also opened an office in Los Angeles

Jia Yueting the CEO and founder of Letv said expanding into the United States is our company’s natural progression as we aggressively pursue new markets and services.

Yueting added that the company believes its vertically integrated open ecosystem is the future for experiences on the Internet in today’s connected age and a huge contrast from the closed systems, which limit choices by consumers and innovation in the industry.

The initial offering by Letv in the U.S. will be available sometime during the second half of 2015, and will includes a smartphone as well as a smart TV, next to a rich library of content, which includes over 100,000 episodes from television and 5,000 movies many of which were produced and distributed exclusively by Letv.

The company will localize its content and products for consumer in the U.S. with the goal of creating an ecosystem that is akin to what consumers in China enjoy today.

The initial streaming online by Letv will offer a new mainstream outlet of Chinese content for the millions of Chinese speaking Americans. The company will also start partnering with or purchasing local businesses to elevate the content it has to a world stage.

The Letv smartphone or Le Superphone, is the first of its kind and will be introduced today in China. They have state of the art components and new innovative features that are supported by the unique content interface of Letv with its ecosystem. The Superphones will start to appear for sale in the U.S. later in 2015.