Soybean and Corn Up on Friday Trading

Corn and soybean were higher Friday. This was attributed to the bargain buying of end users that helped drive the agricultural markets higher after a selloff. Wheat was also up after two sessions of drop in a row due to pressure from a decline in demand for supplies in the United States. It looks like a good season for farmers in the Midwest. 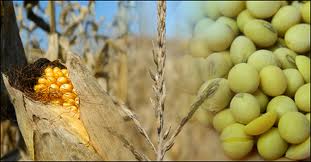 The entire grain belt experienced favorable weather for crops this summer that has helped dragged down the corn and soybean prices in the US. This made the crops attractive for importers. New crop corn for December fell to a low of three years on Tuesday. Soybeans for November delivery dropped to a low of 14 months Wednesday. The crop market rebounded from the dismal showing last year.

The spot month wheat traded at its lowest since June of 2012 as suppliers in the United States face tougher competition from Black Sea and Australian suppliers. Investors were getting into position before the report on global supply and demand is released Monday by the US Agricultural Department.

The USDA is likely to decrease its crop estimate for soybean. This was the reason why investors have covered their short positions before the release of the report. This was according to the analysts in Japan.

Analysts have predicted the soybean contract for November to go up to $12 per bushel next week. That would give support to corn that will be limited because of the expected huge supplies from the US Midwest.

A survey of analysts before the release of the August crop report due on Monday showed that corn production in the United States will set a new record of over 13.981 billion bushels. It would be a little more than the forecast made by the USDA in July that called for 13.95 billion.