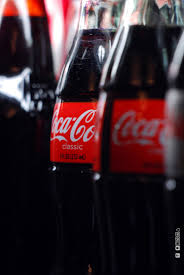 Coca-Cola and other soda makers have struggled with the declining demand in North America for their carbonated drinks making them count more on their other products to entice back and diversify customers.

However, the companies have continued reporting results that are disappointing. This week Coca-Cola said its profit for the fourth quarter fell while its global sales volumes increased less than had been expected and dropped in its flagship market – North America. Shares dropped after that announcement by as much as 3.75%.

In 2013, in its North American market the year was challenging and was not satisfying said Muhtar Kent the CEO of Coca-Cola.

Makers of soft drinks in a troubled sector are battling with their products having to become heavily discounted on shelves at stores as retailers attempt to lure their customers who have turned to trendier or healthier alternatives like tea, water and energy drinks.

The prospects for the companies do not look any brighter for the short term as their products fail to attract younger consumers.

One market analyst said the soft drink sector was in a perilous downfall and said it was safe assuming the industry would not recover.

Sales volume in the industry continued to drop at a rate of over 3% annually, as companies discount prices, often making prices of branded items less than the traditionally cheaper items on private labels, which are made by other companies such as Cott.

While slashing of prices is not the best solution, not doing so might cause volumes to plummet even more, said the industry analyst.

A huge beneficiary of the plummet of sales of soft drinks is the makers of bottled water, which is dominated by Nestle SA.

Coca-Cola also bottles water in its plants, but that generates very slim profits. Cott’s water business is small and has an even smaller profit margin.

Cott recently employed Credit Suisse an investment bank to assess strategic alternatives, which often times means a business is looking to be bought.

However, industry analysts said there might not be a buyer in the increasingly difficult sector.