Small business optimism increased in July and August, which reached the highest level since the beginning of the recession. This was according to several surveys. The Gallup reported an optimistic reading with regards to capital spending plans. 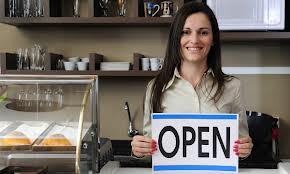 80 percent of small businesses are hopeful about their 2013 holiday sales. Most small business owners opted for sales over closing their business this Labor Day weekend.

Economic growth was above estimates as the economy managed to survive the budget cuts. The economy increased at a 2.5 percent yearly rate in the second quarter, which was higher than the 1.7 percent rate the government initially estimated.

Bank profits reached a record of $42.2 billion in the second quarter of 2013. This was attributed to the sharp drop in losses from bad debts. It was also reported that the nation’s largest banks are expected to give out more in compensation this year than they did in 2009.

Jobless claims continued to improve. According to the Department of Labor, the number of people who applied for new jobless benefits dropped 6,000 to 331,000 in the week that ended August 24. The four week moving average went up to 331,250.

Small business owners should not be afraid to take vacations according to experts. They said it is a vital element of maintaining a high level of work. Vacation stimulates the part of the brain that people don’t usually use at work. It keeps workers fresh and create new ideas.