SeaWorld Entertainment is the operator of aquatic amusement parks owned by buyout firm Blackstone Group LP. It filed for an initial public offering last December 27. It hoped to raise $100 million from the IPO, which is the placeholder used to calculate registration fees. SeaWorld didn’t say how many shares will be offered or what the price would be. 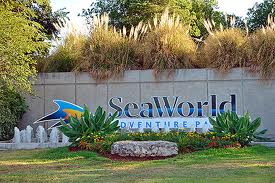 SeaWorld’s IPO will be managed by Goldman Sachs Group, Citibank, JPMorgan Chase & Co., Bank of America, Wells Fargo & Co., and Barclays Plc according to the filing with the US Securities and Exchange Commission. Blackstone will keep most of the company’s voting rights after the IPO and its ticker would be SEAS.

Blackstone is the world’s largest buyout firm. It acquired SeaWorld in 2009 when it agreed to buy Anheuser-Busch InBev NV’s amusement park business. SeaWorld has 11 parks with around 67,000 marine and terrestrial animals. It attracted more than 24 million guests in 12 months ending September with a nine month sales of $1.16 billion from its parks including those in Orlando, San Diego, and San Antonio. The company may hold its IPO in early 2013 and raise at least $500 million.

Proceeds from the IPO will be used to pay off some of the company’s debt. It will also make a one-time payment to an affiliate of Blackstone and for other general corporate purposes. SeaWorld’s filing came a week after Pinnacle Foods, which is also owned by Blackstone, filed to raise $100 million in an IPO.

Majority of the initial public offerings in 2012 have been unsuccessful. This was due to the financial crisis brought about by various economic concerns. One of the most disappointing IPO in 2012 was that of Facebook. Archstone, the largest apartment company in the US, and American International Group’s airplane leasing unit forego their plans for public offerings and instead went for private sales.

« Previous
French Actor Says No Thanks to Returning

Next »
Schoolchildren Need Recess for Development