French Actor Says No Thanks to Returning 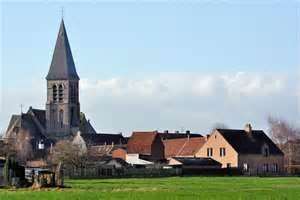 World-renowned French film and stage star Gerard Depardieu has said he will remain living in Belgium even after the government in France stopped its plans to increase taxes by as much as 75% for its rich citizens. The government in France axed the measure as it said it failed to look at equality prior to the public burdens.

The 64-year old versatile actor, in an interview with a magazine from France, said Constitutional Committee’s decision to end their goal of increasing taxes for the rich did not change his decision to leave France.

The government’s tax measures had been aimed at reducing the country’s deficit by increasing the tax rates for those people working and living in France who earned in excess of 1 million euros annually. The multi-millionaire Depardieu, was the most talked about exile that left France after he said he would even renounce his citizenship and call Belgium his new home.

That announcement by Depardieu was greeted by many in France with anger. People criticized him and alleged that he was evading taxes and being unpatriotic. He lashed out at the critics by saying it was not important he receive their approval but he did want their respect. Depardieu also made reference to many other French citizens who had left France but did not receive the insults he did.

The actor sold his Paris mansion that had been valued at over 65 million euros and then purchased a new property in the small Belgium village of Nechin. He is only one of a large number of French tax exiles that have settled in Belgium after the government announced the tax hikes for wealthy earners.

Next »
SeaWorld Files for IPO