Sears To Spin Off Hundreds Of Profitable Stores (NASDAQ:SHLD) 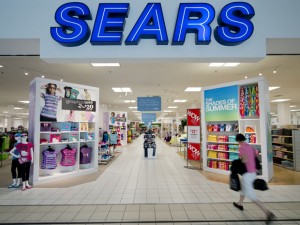 Sears Holdings Corp. has announced plans to spin off up to 300 of its most profitable stores into a separate company in the next few months. The stores would be sold into real-estate investment trust, after which Sears would rent those stores back from the REIT. The company hopes to have the spin-off of the stores completed by June.

Sears posted a loss of $159 million over the latest holiday season. Revenue plunged to $8.1 billion, a 24 percent drop from the same quarter a year ago. Comparable-store sales fell 2 percent at Kmart and 7 percent at Sears when compared to the results from a year earlier. Sears closed about 234 stores in the quarter, shrinking the number of stores held by the company to 1,725.

The company’s full-year revenue was reported to be $31.2 billion, down from the $49.1 billion recorded in 2005 when Sears and Kmart first merged. By selling off between 200 to 300 stores, Sears plans to raise more than $2 billion in capital. Sears hopes to continue to occupy those stores, but they could be closed or rented to new tenants.

Sears’s chief executive, hedge-fund manager Eddie Lampert, has been slowly and methodically dismantling the struggling retailer by selling off prime assets to Sears’s shareholders. Preppy brand Lands’ End was sold off last year, following the earlier sales of Sears Hometown & Outlet stores. Mr. Lampert said in a letter that he is trying to create a new retailer built around customer loyalty regardless of how they shop.

Mr. Lampert also is extending a $200 million loan to the company until June. The loan came due in December, but Mr. Lampert agreed to let Sears use the money until June 1 or until the proceeds from the REIT are in. Mr. Lampert effectively owns 49 percent of the company’s stock.