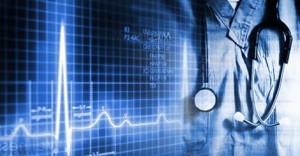 In Florida, health authorities have reported that three new cases of leprosy have been found over the last five months in Volusia County. Doctors suspect two of the three patients might have been infected with the disease through armadillos, which in 2011 were reported in that area and probable carriers of the bacteria.

Leprosy, which is actually Hansen’s disease, is extremely rare and caused by the bacteria mycobacterium lepra. This disease has been known since ancient times, but has not yet been eradicated in the U.S. A resurgence of the disease is currently going through the southern U.S.

In ancient times, people thought that those who were infected with leprosy had been punished by God for sins or the sins of ancestors. The world tsara’ath, which is Hebrew represents that the illness is unclean because lepers have been considered unclean both spiritually and physically.

For many years, leprosy was incurable until antibiotics became available. Today people are not condemned to a slow, degrading and painful death. However, the treatment can take from six months to as long as two years. Globally it is estimated that as many as 2 million people suffer from the condition according to data supplied by the World Health Organization.

Epidemiologists have said that most people are immune to the bacteria mycobacterium lepra, but it can be transmitted through the close contact with someone who is sick with the disease or through saliva or mucus from the nasal passages. The carrier remains infectious until he or she is treated with medication.

According to the Center for Disease Control, it can take as many as 20 years for the leprosy to show symptoms. Usually it affects the skin, nerves, eyes and the respiratory system.

In its advanced stages, the disease can lead to tumor like disfigurement on the carrier’s body and to claw hands.

The CDC reported recently that close to 100 new leprosy cases had been recorded annually in the U.S. with the states most affected being in the south, including Texas, Louisiana and Florida. The CDC recommends that people do not come in contact with armadillos, as they might be a carrier of the disease.