In order to improve its same-day delivery service, eBay has agreed to acquire Shutl last Tuesday. The move was made to make the company competitive with Amazon, which is the world’s biggest online retailer. 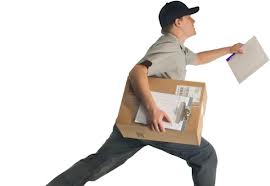 Shutl was founded by Tom Allason four years ago. It utilizes a network of courier companies to deliver online orders from physical stores. The service covers majority of shoppers in the United Kingdom, where the company partners with retailers such as Oasis, Argos and Karen Millen. Shutl was looking to expanding to the US this year before eBay gave its offer.

EBay didn’t give out details of the deal with Shutl. The new acquisition will help eBay Now, which is the company’s same-day delivery service. Before the deal, eBay Now used contractors who drove around in eBay Now-branded vehicles. This was an expensive approach.

Shutl, on the other hand, uses existing courier routes. Aside from e-commerce packages, Shutl also delivers medical devices and legal documents. This decreases the cost of each online order delivered via the company’s network.

EBay said that Shutl’s technology, talent and expertise will help eBay in achieving his goal of expanding its local delivery capabilities. eBay Devin Wenig, eBay’s Marketplaces President, said that the company was considering changing the way it worked with couriers to make eBay Now expand to other markets.

With the acquisition of Shutl, the company plans to expand eBay Now to 25 markets by the end of next year. Chicago and Dallas are now added to the network this year and several international markets, including London, will get the service starting 2014.

Same-day delivery is now the new e-commerce battle ground. Amazon has been building fulfillment centers in large urban areas that led to speculations that the company will offer more same-day delivery services. Amazon has expanded its AmazonFresh service that delivers food and other consumer goods the same day or early the next day.