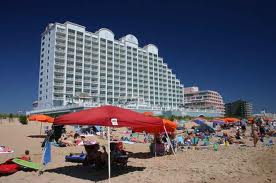 Statistics show that the average rate for hotel rooms in North America increased by 5% during 2011. The HPI is an annual survey of hotel room rates in major destinations around the world. It is based on bookings through hotels.com. The prices reported in the survey are the actual ones customers paid, not the advertised rates posted on the internet or in publications.

Globally the prices of hotel room rates increased by 4% in 2011 on average. However, in North America those prices increased by over 5%. This shows a steady recovery taking place since rates hit all time lows in 2008 during the heart of the financial crisis.

This marks the third consecutive year that room rates have increased. Nevertheless, the average prices for rooms on a global basis are still lower than in 2005.

The survey also showed that Americans tend to visit repeatedly their three top domestic cities: Orlando, Las Vegas and New York. When they travel internationally, Americans increased their travel to Asia in 2011. The seventh most visited international city for Americans was Hong Kong even though the destination is known for high hotel room prices.

The most popular destinations for Americans traveling abroad are London and Paris. However, many Asian cities have jumped into the top 20 such as Beijing and Shanghai.