Redbox Instant To Shut Down 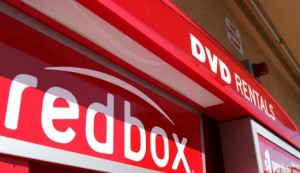 Netflix has beaten another competitor. The Verizon and Redbox streaming service, Redbox Instant, will officially throw in the towel on October 7.

Those subscribing to the service of $6 a month received an email informing them that the service would be shutdown.

Redbox Instant also made an update to its website with new language addressing that it was closing.

The message thanked subscribers for being part of Redbox Instant but said the service would end Tuesday October 7. It added that any information regarding applicable refunds would be sent through email to the current customers and posted on the site October 10.

The message ended by saying the service would operate normally and kiosk credit could be used until 11:59 p.m. October 7.

While it was hard to know how long the shuttering of the business was being prepared, the recent credit card problems with Redbox did not help matters much.

Not only have new subscribers been unable to register for over three months, but also the existing customers are not able to update payment information.

Simply put anyone that had a credit card that expired was booted from the service.

It has not helped either that the own website of Redbox is not linked to Redbox Instant within the comprehensive listings of their movies.

The final straw came when Redbox and Verizon were asked a couple of days ago whether the streaming service would be shut down, which was prompted by rumors on the Internet that the plus was to be pulled on October 1.

Redbox has been facing more competition from Amazon Prime and Netflix, both of them have increased their offering of streaming movies, not to mention their offerings of original programming.

According to research in September from an online research company, Netflix has increased its streaming 350% over the past 10 quarters, growing from approximately 2 billion hours during the fourth quarter in 2011 to over 7 billion hours in the second quarter of this year.