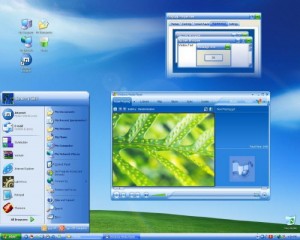 The new Windows is a huge departure from its predecessors, which has caused it to jump two versions. At a Tuesday press event, Microsoft’s Terry Myerson the OS executive vice president introduced the company’s new operating system called Windows 10.

Windows 10 lets users run all apps in a window and has virtual desktops. The operating platform also has a new program called universal apps, which runs and touch and non-touch modes.

Windows 10 gives the right experience on the device at the right time, said Microsoft. The OS is able to run on smartphones, but with another interface than the one showed by the company on Tuesday.

Joe Belfiore of Microsoft showed the new Windows UI, that has a start menu but on the right has a panel with Live Tiles.

In addition, the new menu can show Web results as well as apps that are commonly used when a user enters some text into the search box.

The new OS allows anyone to run any form of app in a window. In addition, Windows 10 supports a new form of app known as Universal Apps that runs on all Windows devices.

The virtual desktop of Windows 10 allows users to maintain a number of different desktops with each having its own window as well as content and the ability to switch amongst them using a task bar menu.

Snap Assist, which is a new item, recommends related windows for one the desktops when you snap one of the windows on the right. Belfiore demonstrated what needs to be done to switch between the different desktops.

A command prompt was used by Belfiore to show how the new operating system is able to support multitasking. He was able to copy and paste content from a new client on email into a command prompt window through hitting only CTRL + C as well as CTRL + V. That feature has been dreamed of for a long time by developers.

The Start screen will go away, but not the touch-friendly mode.

Microsoft is not going to continue the Windows Phone, due to calling ever operating system Windows 10.