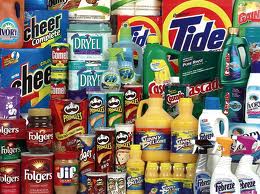 The largest consumer-goods company in the world, Proctor & Gamble saw its stock decline after announcing it was cutting its forecast for revenue and earnings for the second time in just the last two months. The company said it was hurt by slow sales growth throughout the U.S. and Europe. The company’s stock declined over 2% early Wednesday morning to under $61. Through Tuesday, the company stock had declined by nearly 7% since the start of 2012.

The company’s lowered forecasts reflect the difficulties consumer product manufacturers are facing as unemployment in Europe and the U.S. in rising and causing consumers to restrict their spending. Europe is becoming difficult for all said McDonald. Danone, the leading maker of yogurt in Europe had to lower its forecast for profitability as Europe is in a tailspin. Shares for Danone were down in trading on Wednesday for the second consecutive day.

P&G also said its growth for fiscal 2013 would be between just 2% and 4%. Last February, the company announced a program to cut $10 billion in costs, with savings through 2016. McDonald said that thus far good progress has been made in that process. Even though we are struggling in operating profit said McDonald, we are making headway at the tail end of this fiscal year, but not what we had previously expected.