PRISM Beneficial for US Tech Companies

US-based Internet services have a lot of users from outside the country. Google’s e-mail service, Gmail, has its servers in the company’s headquarters in California. Its business is international with less than 30 percent of the users residing in the United States. 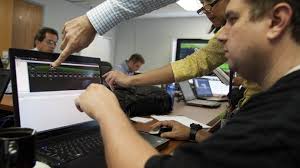 This is also true with Facebook’s user base. Around 54 percent of Americans have an account on the social network but only 16 percent of users are based in the United States. The rest of the users access the site from overseas. US-based users are only a small portion of the user base of US Internet services.

The National Security Agency sees the fact that US Internet services have large overseas customer bases as an opportunity. The laws of the United States doesn’t give overseas users protection against unwarranted surveillance.

PRISM spying has been grounds for legal barriers to web exports from the United States. There is a business opportunity right now for a web-based e-mail service based elsewhere where the government is prepared to implement a strict privacy framework.

This is the reason why PRISM is kept as a secret. Once the program is known publicly, participation in it can be used as a marketing point for Internet services. It would be bad for US-based companies, which is why they are asking for a higher level of secrecy as part of their enrollment into the program. It would also be bad for the NSA because the agency loses the opportunity to collect information on overseas users on American platforms.