Potbelly Corp. has more than doubled in trading after it priced its initial public offering over the increased range. This indicated investors’ appetite for restaurant chains. The Chicago-based seller of made-to-order toasted sandwiches had its shares gain 120 percent to $30.77 at the close of trading in New York. 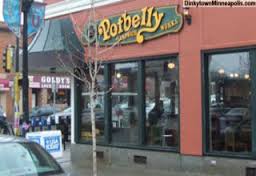 Potbelly’s IPO was the second best trading debut on a US exchange this year. The company and existing stockholders sold 7.5 million shares for $14 each after the initial offering of $12 to $13. The company increased the range October 2 after previously setting it at $9 to $11.

Potbelly has been expanding its business in the US and expects to open as many as 35 new branches in 2013. The company plans to use the proceeds from the IPO to support the growth. It would also fund a dividend and pay back loans.

The company operates more than 90 percent of its stores. It now has the opportunity to expand by franchising more and opening more locations overseas.

Noodles & Co. is the first restaurant in the US that had an IPO this year. It has more than doubled during its June trading debut. The company’s shares gained 139 percent from the offering through yesterday.

Potbelly was founded in 1977 as an antiques store that offered sandwiches and desserts to customers for added sales. Its revenue in the first half of 2013 is $146.9 million, which is an increase of 12 percent from the previous year. It had 280 company-operated shops as of June 30. It has plans to increase the number of shops by around 10 percent each year.

Aeternity Trading Down 19% Over Last Week