The price of crude oil reached its highest level in over a year. It traded above $1.2 per barrel due to the problems in Egypt as President Mohammed Morsi pledged not to resign despite the demands of millions of protestors. 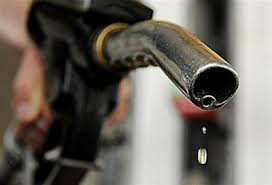 Stock market had a shortened session due to the July Fourth celebration. The price of crude oil closed at $101.22 per barrel, which was ip around 1.6 percent. The benchmark crude oil contract for August delivery increased $1.61 to close at $99.60 per barrel.

The political crisis in Egypt has caused some uncertainties in the markets. It also caused fears that oil prices could go up if the crisis results to the disruption of operations in the Suez Canal, which would cause a bottleneck in supplies.

The direct global economic impact of the events in Egypt is not large but it could have secondary effects on energy markets due to the location of the Suez Canal. At present, the impact in the market remains low because the Arab Spring issue is not as surprising as it was a couple of years ago. In 2011, the protests known as the Arab Spring has led to market angst.

The stock market could suffer once the price of a barrel of oil goes above $105 per barrel. At that level, it starts to act as tax on consumers and hurt their spending power on services and goods. Consumer spending accounts for around 70 percent of the economy.

The increase in oil prices as well as the rising interest rates could cause a lot of damage to the economy. Crude oil supplies in the US dropped last week. Supplies fell 10.3 million barrels to 383.8 million barrels. This was according to the Information Administration of the Energy Department.

Egypt’s military has a plan to suspend the Islamist-backed constitution and dissolve the legislature that is dominated by Islamists. The military will set up an interim administration to be led by the country’s chief justice if Morsi doesn’t reach a compromise with the opposition.

Next »
Nestle and Danone Investigated by China