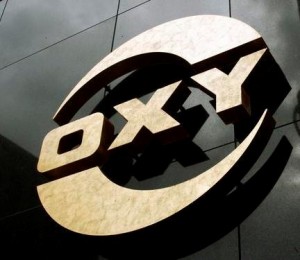 Occidental Petroleum based in Westwood, California is seeking to streamline operations and reduce political risk.

The company announced it would sell its minority stake in oil fields in both North Africa and the Middle East as well as other assets as a way to boost value for its shareholders.

The oil and gas giant announced those decisions as the company pushed to streamline operations and increase profitability. Analysts have said that Occidental wants to make investor happier. Many have been unhappy with the share price and that resulted in Ray Irani, the long time Chairman being ousted earlier in 2013.

The CEO of Occidental, Stephen Chazen, said the company’s goal was to be smaller with a more management exposure to today’s political risk. Chazen continued by saying the company is continuing to consider more strategic alternative to maximize shareholders returns.

Some analysts predicted for quite some time the company would eventually sell off the regions assets as part of an overhaul corporately.

Other plans the company has is to sell part of its 35% stake in Plains All American Pipeline, which would gross $1.3 billion. Occidental is also pursuing different strategic alternatives for assets such as gas and oil interests in the Piceance Basin, the Hugoton Field and the Williston Basin.

Occidental said the sale would amount to significant proceeds.

Shares for the petroleum giant were up by 21 cents on Friday to close at $98.29. During the past few years, shareholders at Occidental have become more and more vocal as the stock lagged behind other similar ones in its industry.

Many investors became upset over Monterey Shale in California. It had been touted as a possible huge source of oil but thus far has not reached expectations.