Obama Stresses the Need to Revive the Economy with Bankers

President Barack Obama met with the world’s most powerful bankers Thursday. He stressed to them the need to revive the economy and overhaul the fiscal and immigration policies. The ongoing reform of Wall Street was not part of the agenda of the meeting. This is a surprise since it is a hot topic for bank lobbyists. 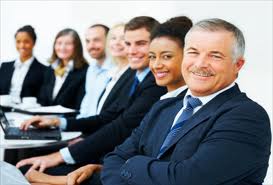 Some of the attendees of the meeting with the president were Goldman Sachs Chief Executive Lloyd Blankfein, head of JP Morgan Chase Jamie Dimon, James Gorman of Morgan Stanley, and head of Bank of America Brian Moynihan. The group also had representatives from the insurance and asset management industries. The meeting was in the White House took place for around an hour.

The bankers were members of the Financial Services Forum that was holding its spring meeting. The Forum, which is a prominent bank lobby, said the meeting had been constructive. Washington politicians and some regulators have been more critical of the reform of the financial sector after the2007-2009 financial crisis via laws such as the 2010 Dodd-Frank reforms and regulatory deals such as the Basel III capital accord.

Two senators have introduced a plan that would force banks to increase more equity to fund their business. This could be costly that large banks might have to break up their business to stay afloat.

The safety and soundness of the financial system was on the agenda of the meeting with the bankers. It was only one of the many topics tackled. Other issues included the US budget, immigration, and cyber-security.

Moynihan and Dimon had a meeting with president Obama last month with other business executives to talk about the cyber-attacks on their companies. They tried to get a light touch from the government with regards to the risk that they said were a top security threat.