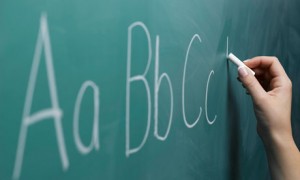 The English teaching market in Europe is booming. Contracts typically last between 6 and 12 months and the staff turnover rate is high. This coupled with the formation of the European Union and use of English as a common language in business, tefl jobs in Europe are now relatively easy to come by. But which are the best European countries to teach English in? Here is some help!

1. Turkey: The meeting of two worlds.

Turkey is a developing country which bridges the gap between Europe and the Middle East. And this cross over from European western values to Middle Eastern tradition is evident in Turkey´s culture and way of life. Turkey has a rich history. The ancient Greeks, the Romans and the Ottomans are only some of the many civilizations that have left their mark in way of architecture, art and culture. Open air markets brimmed with quality spices and textiles and fresh Turkish cuisine are some further plus points. The TELF market is growing, opportunities are available year round, and interviews are conducted in advance via phone and email. So, what’s stopping you?

Spain is a country of small charismatic villages, natural wonders, thriving cities, a pleasant climate and an enviable quality of life. Long lunches, long summers and long coastlines are what Spain is all about. This has made Spain one of the most popular destinations for TEFL. A large amount of public holidays, an average of 20-25 hours a week work and a decent pay will give you time to travel, whether that’s to the Costa del Sol, the Balearic Islands or one of Spain´s many intriguing cities such as Seville or Zaragoza. You can even teach extra classes during the evening, for a little extra pocket money.

Germany has the 4th largest economy in the world and although sat at the heart of crisis-stricken Europe, spend a little time in Germany and you will see why they have managed to stay so strong. It’s a positive work ethic and that is sure to rub off. But it isn’t all work. German culture is about drinking, dining and socializing from world class nightlife in Berlin to the famous beer festival of Oktoberfest in Munich. TEFL in Germany will give you a taste of this lifestyle. Teaching mainly business professionals in private language schools up to 25 hours a week you are sure to love your life in Berlin, Stuttgart, Frankfurt…

Whether is fashion, art, culture or cuisine that interests you, France has an impressive offering in every one. Film is an important part of French culture and one of the world’s most prestigious events is held here, the Canne Film Festival.  France also has some of the world’s most famous Art museums such as the Louvre in Paris which contains some of the world´s most priceless works. The French wine vineyards are world renowned and French cuisine is known for its quality and taste. By doing TEFL in France you will be able to live and work in one of the beautiful cities of Marseille, Paris or Bordeaux and enjoy the beautiful beaches of the French Riviera in your spare time.

Italians are known for having a passion for gastronomy, a passion for art, a passion for fashion and well, and a passion for just about anything. Whatever your preference you will be able to experience the very best of it in Italy. It is the Art epicenter of Europe and home to some of the world’s greatest chefs, fashion designs and artists. By TEFL in Italy you can see and live all of this and experience the real Rome, Milan or Florence through a local’s eyes.

6. Bulgaria: Up and coming.

Bulgaria is one of the Europe’s less known destinations for TEFL. However since the collapse of the soviet union and the countries adaption of a free market, the demand for English teachers in growing along with its popularity as a tourist destination. Bulgaria has a lot to offer in terms of its beautiful coastline along the black sea, world class ski resorts and vast untouched countryside. Bulgaria has preserved its old world characteristics and soviet influence making it an interesting country to live and work. Just one point for you to remember; Bulgarians shake their head to say yes and nod to say no!

Although Russia is not technically part of the European Union, it does offer many exciting TEFL opportunities. Russia is the largest country in the world in terms of land mass covering a ninth of the earth’s land space. This size has allowed for a diverse landscape of world’s largest forest and the world’s largest fresh water lakes. The people are just as diverse, home to 160 different ethnic groups. As Russia has transformed itself into a modern capitalist country the demand for English teachers has grown. Almost as much as its demand for premium vodka!

If you want to find out more about TEFL in Europe click here.