Most Americans are now worried about their privacy after the disclosure of the secret National Security Agency surveillance programs. In an effort to relieve the concerns, a senior administration official said that President Barack Obama’s Privacy and Civil Liberties Oversight Board is now reviewing the nation’s counterterrorism actions to guarantee that the actions is balanced with the need to protect civil liberties. 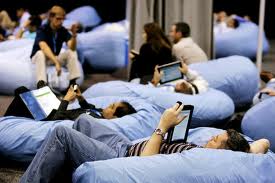 US tech companies are now concerned that their businesses are at risk after the disclosures that they have been cooperating with the government’s data collection programs. They have been compelled by the US government with a court order to do stuff that is not in the best interests of their shareholders and customers.

Customers across the globe now know that the companies are sending data to the government. Some of the information is personal and this could affect the companies’ reputations. This could result to the downfall of American technology companies.

The profits of tech companies such as Facebook and Google could be affected by the NSA controversy. The companies are good sources for security and intelligence agencies. The companies collect personal data that are pulled into the surveillance business.

The US government is not the only intrusive one in the world. According to a report by Hogan Lovelis, a law firm specializing in privacy issues, US law imposes as much oversight on surveillance as laws in most European countries. But the reputations of the US tech companies have already suffered irreparable damage.

The reaction to the disclosures of the NSA programs in the United States would reverberate across the world, especially with regards to the monitoring of online communications. Most of internet activity is made through America or via American businesses. The controversy involving the NSA and US tech companies will have more costs in the US.

Next »
Billionaire Wants To Make Dole Food A Private Company