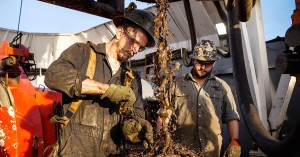 North Dakota is doing well as far as oil producing is concerned, despite the huge drop in the price of oil and predictions the shale boom in the U.S. was soon fade.

The Department of Mineral Resources in North Dakota released a new report that put the oil output for the state at 1.21 million barrels per day during June, which is the second highest rate for a month ever recorded.

North Dakota set another monthly record for the production of natural gas during June at 1.6 million cubic feet.

Production from the Bakken Shale in North Dakota has slowed by a considerable amount of late, with only 8,600 barrels in June. Bakken had averaged more than 1.21 million barrels per day, according to numbers released by the state.

However, with over 848 wells drilled but not producing, and a fairly stable rig count of late, insiders do not believe production will be declining anytime soon.

Officials believe the capacity exists to maintain production in North Dakota for another two full years even with the sustained lower prices.

Oil production in North Dakota sells at a discount to the WTI due to the remote location of the state and cost of shipping the crude to the different markets to be refined.

Despite the difference, Bakken production’s breakeven point is less than $30 per barrel on average.

Due to great success with hydraulic fracturing and horizontal drilling techniques in North Dakota’s Bakken shale, the production has surged over the past few years and made it the second biggest state for oil producing in the U.S. with only Texas pumping more oil.

The House and Senate are considering new legislation that would eliminate the restriction the government has on oil exporting from the U.S., which were put in place back in 1974 amidst long gasoline lines and oil shortages.