Restaurant chain Noodles & Co saw its shares double during their initial public offering. The chain known for its casual atmosphere and fast service has a value of over $1.07 billion. Its shares closed at $35.20, with was an increase of around 96 percent. It went as high as $37.69, which was an increase of 110 percent. 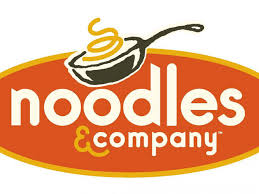 Noodles & Co’s IPO is the first one from a restaurant in 2013. It was a big success despite the volatility in the market that made several businesses to forego their IPO or cut it in size. At the midpoint of the new range, the IPO would earn $85.7 million, which excluded the underwriters. This was surpassed by the actual IPO.

Restaurant stocks that have an IPO over the past year have done well. Bloomin’ Brands, operator of Outback Steakhouse restaurants, has seen its stock increase more than double since its IPO last August. Chuy’s Holdings Inc., operator of Chuy’s Tex Mex has its stock triple. Del Frisco’s Group has increased 67 percent since its debut in July 2012.

Noodles & Co’s slogan is a world of different flavors under one roof. It announced that its revenue went up almost 76 percent to $300 million from 2008 to 2012. Its net income went up seven times to $16 million. Its long term debt for the company was $93.7 million as of January 2013. It offers soups, salads, and sandwiches, aside from noodles and pasta.

The restaurant chain is based in Colorado. It is looking to tap into the increasing demand for fast food among younger diners. It was founded in 1995 and run by Kevin Reddy, former COO of Chipotle Mexican Grill. The company has 343 restaurants across the nation. 52 are operated under a franchise deal. Executives expect the number to increase to 2,500 in the next 20 years.

Next »
Apple Seeks Trademark for “iWatch” in Japan