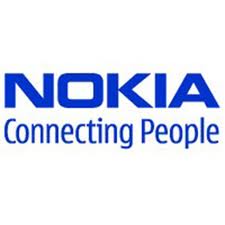 Nokia reported a loss of €929 million (equivalent to $1.2 billion) in the first quarter of 2012.  A year earlier, Nokia posted a €344 million profit.  Sales plunged 29% to €7.4 billion from €10.4 billion a year earlier.  The company warned investors of its first-quarter loss and predicted that losses would continue into the second quarter.

The decrease in sales was attributed to flagging demand for Nokia’s Symbian smartphones.  Nokia has been fighting to reinvent its smartphone business around Microsoft’s Windows software.  Nokia president and chief executive, Stephen Elop, said Nokia would accelerate cost-cutting efforts due to a mixed response to the Lumia smartphones developed with Microsoft.

Nokia’s chief financial officer, Timo Ihamuotila, said Nokia Siemens was making progress to restructure the business and return to profitability.  Mr. Ihamuotila said, “They are executing very well into their strategy.  We as a shareholder are looking at NSN to improve operating performance and give us more options.”

Mr. Elop said, “Clearly we are disappointed with our performance in the first quarter.  At the same time, the numbers mask the totality of what we have accomplished.  Lumia is up and running in the U.S.A.  We are clearly in the heart of the transition.”  The company is based in Espoo, Finland.

Moody’s has recently downgraded Nokia’s long- and short-term debt ratings.  The ratings agency cited the company’s deteriorating financial position as one of the main reasons for the downgrade.  The agency also questioned Nokia’s ability to make the transition to Windows from Symbian and warned that the company might have to inject more money into Nokia Siemens.

Next »
President of Ohio State Has Travel bill exceeding $840,000