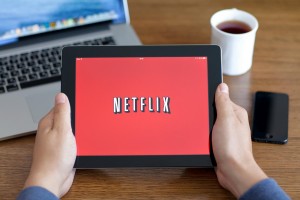 The fourth quarter has been a mixed bag for Netflix. The company is achieving record global growth. The company now has a total of 74.76 million subscribers across the globe. Netflix is pushing to make its service available around the world. The company has introduced its service to more than 130 countries, making it available in nearly every country except China.

The company is also facing a slowdown in the United States. Netflix missed growth forecasts in the U.S., adding just 1.56 million subscribers in the quarter. This is a considerable decline from the 1.9 million U.S. subscribers added during the same quarter the previous year.

Netflix announced adding a record 5.59 million total streaming members during the fourth quarter. The company said that it expected to add 6.1 million members during the current quarter. Total profit slid to $43.2 million, a 48 percent drop for the quarter from the same period a year earlier. Total revenue was $1.8 billion in the fourth quarter, up 22.8 percent from the same period during the previous year.

The company said that the transition to new chip-based credit and debit cards made it more difficult for members to renew their subscriptions. High penetration in the United States is also making it increasingly difficult to add new subscribers. Forthcoming price increases for the service is also believed to be affecting subscriber numbers in the U.S.

In the last year, Netflix shares have climbed about 125 percent. But now, analysts have raised concerns about subscriber growth in the United States, as well as the effects of content costs, international expansion and competition from Amazon, Hulu and YouTube. Netflix has warned investors that it would run at break-even profitability through the end of 2016. The company has said that it would deliver material global profits starting in 2017.

State Board of Administration of Florida Retirement System Reduces Position in PTC Inc.

State Board of Administration of Florida Retirement System Has $15.12 Million Holdings in FLEETCOR Technologies, Inc.

State Board of Administration of Florida Retirement System Sells 779 Shares of Abiomed, Inc.