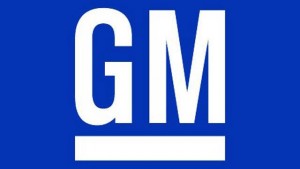 General Motors has increased its expertise in the ride-sharing/hailing arena.

The Detroit-based automaker hired some employees and purchased the assets of recently shuttered Sidecar Technologies, a ride-sharing/hailing company that closed last month.

According to a company statement, GM has hired employees of Sidecar to integrate them into the urban mobility GM team, and acquired a certain amount of assets to help in the global mobility programs.

A spokesperson for GM did not comment on the deal’s details, including how many employees had been hired or the assets purchased and at what prices.

When the report was first published online by a leading international news agency, it said that 20 former Sidecar employees were being hired by GM, including Jahan Khanna its CTO and co-founder.

Sidecar shuttered its business late in December 2015 after it was not able to keep up with other ride-hailing businesses such as Uber and Lyft.

Toward the latter part of its operations, Sidecar specialized in delivery services.

Ride-hailing is essentially providing the consumer with its own personal driver. Through the apps for mobile devices, riders are able to summon a car, see its distance from picking them up and check out reviews of the driver.

No money exchanges hands as the app automatically charges the credit card of the passenger.

The deal for Sidecar comes only a couple of weeks after the automaker announced an investment of $500 million in Lyft as part of its $1 billion fund-raising for the company.

The investment with Lyft included Dan Ammann the President of GM sitting on the board of directors of Lyft and making the carmaker a vehicle provider that is preferred.

This past November, General Motors filed with the Patent and Trademark official for an app for Maven. Maven is described as software that connects drivers of vehicles and passengers for the coordination of transportation services.