Netflix Extends Maternity and Paternity Leave to One Year 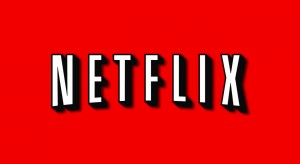 Netflix announced last week that it was changing it leave policy for maternity/paternity to give new parents as much time off, which is paid, as they need in the first year following the birth of their baby or when they receive one who is adopted.

This move comes as Microsoft was updating its policy for maternal/paternal. It was reported that Microsoft would extend its paid leave for mothers and fathers to 12 weeks, with an option of an additional eight as maternity disability leave.

In a prepared statement on Wednesday, Microsoft announced that birth mothers could use their leave two weeks prior to their due dates starting on November 1.

On media agency referred to the new policy announced by Netflix as being a game changer.

The chief talent officer for Netflix on a blog posting said that the company was introducing a new unlimited leave policy for mothers and fathers of newborns that allow them unlimited time off during the first 12 months after the birth or adoption of their child.

The CTO said Netflix wants its employees to have confidence and flexibility to balance their needs of growing families without the worry of work or their finances.

Parents are allowed to return part- or full-time or return and then go back on leave, as they need.

They will be paid their normal rate, which will eliminate the headache of switching to disability or state pay. Each of the employees is allowed to figure out what is best for him or her and their family and is able to work with their managers for coverage while they are absent.

The policy is unusual amongst American companies, but not that much of a stretch for Netflix according to one Internet news agency.

Netflix already has a policy of unlimited time off so this is not that substantial of a shift as much as it is willing to be a kid friendly company.

Netflix said it wants to compete for the country’s best workers and has acknowledged that these workers are sometimes parents.

Asked if such polices being wide open creates risks of abuse by employees, a Netflix spokesperson said that was not an issue, saying that in organizations that are high-performance these types of policies work well.