Navistar International Corp. said its losses in the second quarter was larger than the estimates as the company absorbed higher warranty costs and lost sales as it shifted into a new engine technology. Jack Allen, chief operating officer of Navistar, said that the company was in the midst of a turnaround. 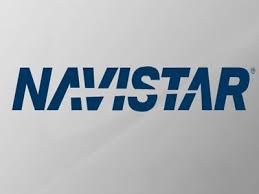 Navistar expected to lower its losses to be on track to profitability by the end of 2013. Troy Clarke, Navistar president and chief executive officer, said the company is taking things one quarter at a time. He said that pre-existing warranty costs of $164 million led to the losses in the second quarter but he expects things to pick up this quarter. The costs were connected to the engines that Navistar made using technology that failed to meet the 2010 federal emission guidelines.

Navistar started using 15 liter engines from its competitor Cummins Inc. on its trucks last year. In April,it began selling trucks with its own 13 liter engines that utilized its technology combined with that of Cummins in order to decrease levels of nitrogen oxide.

Clarke expects less one-time charges in the second half of 2013 connected to cost-cutting actions such as plant closures, layoffs, and sales of businesses. Navistar said that it is on track to surpass its cost cutting goal of $175 million for the year.

Clarke also said that the company is considering consolidating its engine plants. Navistar makes diesel engines in Melrose Park, Illinois and Huntsville, Alabama. Clarke said that the said project would not start until 214.

Clarke said that Navistar will still continue to face challenges ahead. These include restoring market share and warranty costs. He said the company hopes to finish the year with around 18 percent market share, which is up from the 15 percent at the end of the second quarter.