Molson Coors Brewing Co reported higher than estimate quarterly profit that was attributed to the company’s acquisition of Central European brewer Starbev in June 2012. After the release of the report, the company’s shares increased 5 percent. 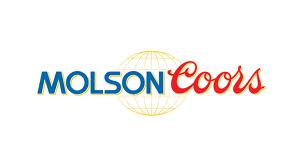 The acquisition of Starbev increased Molson Coors Brewing’s capacity in countries such as Romania and Czech Republic. Its sales improved around 18 percent. Chief Executive Officer Peter Swinburn said that consumer demand was soft but they managed to earn profits due to the combination of good cost management and benefit of the Eastern Europe business. Molson Coors’s second quarter also benefited from the lower tax rate in Canada.

MillerCoors is the combined US operations of SAB Miller and Molson Coors. It reported a 5.3 percent drop in second quarter net income Tuesday. It cited difficult quarter for the beer industry as well as low volume for its disappointing profits number.

Swinburn said that higher prices beverages, such as Leinenkugel’s Summer Shandy and Redd’s Apple Ale, increased market share in the quarter. The premium lines increased to get more than 9 percent of Molson Coors’ portfolio during the quarter, which was up from 7 percent the previous quarter.

Molson Coors said that its lower priced and light beers didn’t do well during the second quarter. It predicted that overall consumer demand for beer will remain weak in the second half of 2013. To increase its sales, the company said it would spend money on innovation and marketing.