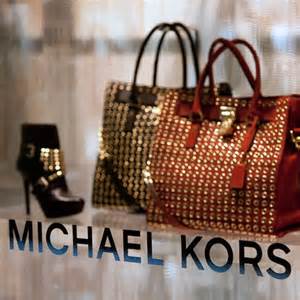 Revenue and profit at Michael Kors surged during the first quarter, boosted by higher sales across all regions and consolidating the domination of the brand in the luxury market.

While shares rose initially by up to 11% during trading before the opening bell, they later fell by 5% during early trading on Wall Street.

Revenue across Europe was up by 128% during the most recent quarter. In Japan, another luxury market where a number of rivals are struggling, sales were up by 89%.

In the North America market, which is the bulk of the sales of the company, revenue was higher by 30% ending the quarter at $719 million, driven by sales at same-stores, which were up by close to 19%.

The company announced it experienced a strong performance in wholesale, retail and licensing businesses.

Sales growth by the brand has been posted at 40% or more in nearly every quarter since December of 2011 when the company went public.

The company has taken market share away from its rivals like Coach, which is losing ground in the struggle for consumers eyeing jewelry, watches and handbags at the affordable end of luxury.

The company also increased its forecast by saying it expects that earnings per share will be between $4 and $4.05 for 2014, with revenue between $4.25 billion and $4.35 billion.

The previously guidance for earnings by the company was for earnings per share of between $3.85 and $3.91 and revenues between $4 billion and $4.1 billion.

Company officials said they would keep spending heavily on the opening of new locations and shops that were in-store, as well as spending more on its distribution operations.

While small leather goods and handbags represent close to 70% of the portfolio sales of the company, it added that it was seeing huge opportunities for more growth in other sectors most notably footwear, menswear, jewelry and watches.