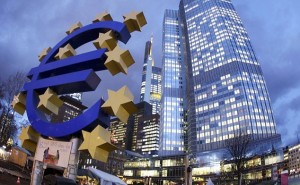 Global shares reached their highest in almost five months Monday, while the euro was able to firm up. Investors are cautiously optimists that finance ministers from the euro zone will reach a new deal to shore up the dwindling finances of Greece.

The hope that Greece and its eurozone partners will reach common ground in their negotiations and come to an agreement preventing Greece form leaving the euro zone, has helped push up low risk government yields

However, an increase in the price of gold testified to how uncertain the outcome really is. The meeting of finance ministers in the eurozone starts at 1400 GMT.

Nikkei in Tokyo closed at the best mark it has seen since July of 2007, buoyed by Friday’s record close in the S&P 500 in the U.S. and after new data from Japan showed it had emerged from its recession during the last quarter of 2014, although growth of 0.6% was lower than forecasted.

Financial markets in the U.S. are closed Monday for President’s Day. The euro was up 0.3% on Monday in early London trading.

However, one strategist in London said all this could turn sour very quickly for the currency if a deal is not reached today.

The consensus in the market is that a deal will be hammered out this week. However, if not deal is reached today, added the strategist, the clock begins to tick and the euro will look that much more vulnerable.

The volatile stock index in Athens dropped 3.7% on Monday after rising by 5.6% last Friday.

Ahead of the finance ministers meeting on Monday, Alexis Tsipras the Greek Prime Minister said Sunday that he expected negotiations to be difficult but was loaded with confidence.

However, Wolfgang Schaeuble the Finance Minister from Germany said on Monday he was quite skeptical about Monday’s talks.

The leftwing party of Tsipras won its elections in parliament last month after pledging to scrap measures of austerity imposed under the international bailout provisions.