Judge Timothy Frawley of Secramento County Superior Court denied the request from farmer in the Central Valley of California to stop the California Rail Project. The request for a preliminary injunction was denied as the judge said that the agency supervising the $68 billion project acted reasonably and in good faith to comply with the state’s environmental laws. 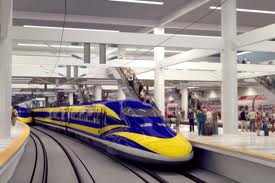 Groups representing Central Valley farmers said that the California High-Speed Rail Authority didn’t consider the potential dangers the project could have on the environment and asked the court to stop all planning. Judge Frawley didn’t rule on the merits of the case, which is expected to be heard in spring. He said that he was convinced that the state complied with all the environmental laws.

The initial section of the California Rail Project will be a segment from Merced to Fresno, which is 65 mile long. It would traverse the heart of the state’s agricultural belt. According to Judge Frawley’s ruling, he acknowledged that California laws require an understanding of a project’s dangers to the environment.

The judge added that he didn’t feel that there was a sufficient enough reason to give a preliminary injunction because the actual construction is not scheduled to start until July. The California High-Speed Rail Authority said that the potential harm to the state in stopping the project would be far greater than it would be to the Central Valley farmers.

If the project is halted, California would lose up to $3.2 billion in federal financing if the train does not meet deadlines. Delays could cost $8 million to $10 million due to higher costs. The project has set the deadline to September 2017 to spend the $3 billion the federal government has committed to the project. Work after the date would be funded by state money.