15 states saw their jobless rates below the US rate of 7.3 percent in August. This was according to the report released by the government. North Dakota got the lowest jobless rate in the nation with 3 percent that was attributed to the boom in energy production in the state. Other states with low unemployment rates include South Dakota with 3.8 percent, Nebraska with 4.2 percent, Hawaii with 4.3 percent, Iowa with 4.9 percent, Vermont with 4.6 percent, and Wyoming with 4.6 percent. 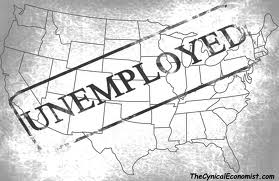 Nevada has the highest unemployment rate in the nation with 9.5 percent. Illinois got the second highest rate with 9.2 percent.

The national jobless rate dropped in August from 7.4 percent in July. 18 states as well as the District of Columbia had jobless rate increases last month compared to July. 17 states got decreases and 15 states had no changes. This was according to the report from the Bureau of Labor Statistics.

Nonfarm payroll employment increased in 29 states, dropped in 20 states and the District of Columbia, and remained unchanged in Montana. New York and California were among the top states for monthly job increases. New York added 30,400 jobs, while California added 29,100 jobs. The two states’ jobless rates were above the national average. California has an unemployment rate of 8.9 percent in August. New York got 7.6 percent.

$1.32 Earnings Per Share Expected for Archer-Daniels-Midland Company This Quarter