Less Americans filed for unemployment claims last week. This was a sign that employers are slowing their rate of firings as the economy’s outlook becomes brighter. Jobless claims declined 9,000 to 346,000 in the week that ended June 22 from the revised 355,000 the previous week. This was according to the report released by the Labor Department Thursday. The average estimate in a survey of economists made by Bloomberg was for 345,000 claims. 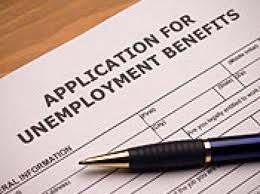 Smaller reductions in the jobless claims showed employers were confident that demand would be sustained as the housing market improves and consumer sentiments become more optimistic. Higher sales numbers may result to improvement in hiring and reduce the unemployment rate that is still elevated according to the Federal Reserve.

Stock index futures maintained gains after the release of the jobless claims report as well as another one that indicated consumer spending rebounded in May. The contract on the Standard & Poor’s 500 Index expiring in September increased 0.6 percent to 1,604.7.

The Labor Department said that no state numbers were estimated and there was nothing out of the ordinary in the data. The four week moving average fell to 345,750 from 348,500. The number of people who continue to apply for jobless benefits was at 2.97 million in the week that ended June 15.

The claims figure didn’t include Americans receiving extended benefits from other federal programs. The number of people looking for jobs who exhausted traditional benefits and are now relying on emergency and federal extended aid increased by 23,000 to 1.71 million in the week that ended June 8.