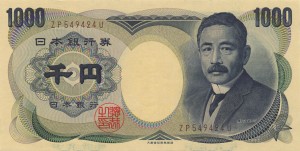 The U.S. Department of Treasury has said that valuation currency policy must be geared toward growth instead of giving a country a competitive advantage. The Obama administration this week used new and harsh language in warning Japan that it should not hold the value of its yen down in order to gain an advantage in the world’s markets, as the new government in Tokyo follows a path of aggressive policy with a goal at helping growth in its country.

The Treasury, in its semi-annual report on global exchange rates also sent criticism to China for holding its currency value down through a number of large-scale interventions in its market. The U.S. Treasury called what China does troubling, but did not go as far as saying that China was a currency manipulator, as to avoid the possible disruption in relations between the two largest world economies.

An official from the government in Japan said Saturday that the government is continuing to abide by commitments that financial policy leaders around the world have made to avoid a currency’s intentional devaluation.

The latest report by the Treasury makes it appear as part of a wider White House administration strategy in response to the new sharp shifts in economic policy in Japan under the country’s new Prime Minister Shinzo Abe.

The Bank of Japan cause the most recent plummet in the country’s currency after announcing it planned to increase the country’s money supply, which shocked the financial markets last week during trading.

Since last December when Abe became the Prime Minister of Japan, the dollar is up close to 15% against the yen and just in the past week, the dollar gained over 7% against the Japanese currency.