J.C. Penney Hires Berman from Kraft to Turn Brand Around

Department store chain J.C. Penney hired Debra Berman from Kraft Foods Group Inc. as senior vice president of marketing. The move was made in the hopes that she can rally the company from its worst sales year in more than two decades. 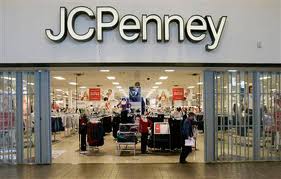 Berman is tasked of trying to revitalize J.C. Penney’s brand and will be directly under Chief Executive Officer Mike Ullman. This was according to the announcement made by the company. She joined the company August 2. She was previously responsible for the global brand strategy and customer engagement at Kraft. She was with the food company since 2009.

In a statement, Berman said that there is a big opportunity to remind American families why it is great to shop at J.C. Penney. She also hopes to attract new customers to the retail brand. J.C. Penney has been trying to improve its sales after the 25 percent drop in revenue last year to $13 billion after former CEO Ron Johnson’s unsuccessful try to revitalize the brand.

J.C. Penney removed Johnson, who was a former executive at Apple, last April. He held the position for 17 months. A couple of marketing executives who were hired during Johnson’s tenure have also left the company after his ouster. Before joining J.C. Penney, they came from Apple and Target Corp., where Johnson also used to work.

Michael Francis, who helped Target become the cheap chic brand, was picked by then incoming CEO Johnson as head of J.C. Penney’s marketing efforts in October 2011. He was fired from the job in June of 2012.

J.C. Penney shares dropped 3.2 percent to $13.82 at the close of trading in New York. The stock has declined 30 percent so far this year.