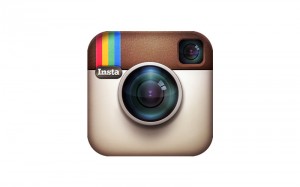 Instagram just passed 300 million users worldwide, which is a 50% increase in just the last 9 months. The site now has more monthly users than Twitter.

The growth of its user base is going to be the key to attracting advertisers to the quickly expanding photo-sharing platform.

Instagram recently released video advertisements and the site sells sponsored image posts. With over 300 million users each month, instagram’s audience is being targeted by marketers more often, especially by advertisers of brand names. Its very quick and continual growth will just make advertisers more interested, said an analyst at the research company eMarketer.

Instagram, which is currently owned by Facebook, said it is doing its best in to eliminate the spam as well as fake accounts on its platform. The social media site will start as soon as possible to verify celebrity, athlete and brand accounts.

Instagram’s CEO Kevin Systrom said the company is most focused on as it continues to grow is in helping people send, share and view videos and pictures from the ones they care most about, whether it is just a friend or a famous actor.

Facebook and Instagram have been expanding their amount of users at a very rapid pace. Facebook, with a huge 1.3 million-user base, leads the social media battle attracting 66% of its daily users in the United States.

Instagram is in second place with 43% and Twitter in third place with 40%. The recent data shows that while teenagers are losing interest to Facebook, the ownership of the social media website Instagram and WhatsApp is keeping the three together and popular. About 60% of teens who use instagram, admitted that they are daily users, just ahead of Twitter, Snapchat and Facebook. This year teenagers have spent more time on social media websites than they did in 2013, said an industry analyst.