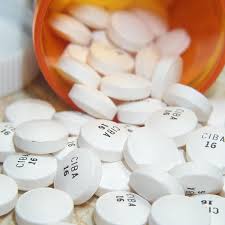 Inspectors from the U.S. regulator the Food and Drug Administration have been visiting drug manufacturers in India issuing penalties, including bans on imports on certain medications that were adulterated, such as Accutane the acne drug, Neurontin the pain medication and Cipro an antibiotic.

Dr. Margaret Hamburg, the Food and Drug Administration’s Commissioner, who is currently in India, expressed a growing concern with the safety of medicines manufactured in India due to recent problems in the quality of some of the pharmaceutical companies in India.

The new scrutiny of the pharmaceutical industry in India, which supplies close to 40% of the generic prescription and over the counter drugs to the U.S. could have deep implications for consumers in the U.S., said a new report.

Investigators in the FDA have inspected over 160 drug plants in India during the past year, which is three times the number they inspected back in 2009. The increased amount of scrutiny led to a number of new penalties including 50% of all the warning letters the regulatory agency emitted in 2013 to all drug makers.

Hamburg has met with executives and officials in India, who are shocked by the FDA bans of certain generic versions of medicines that the agency determined to be adulterated. They believe the FDA is just protecting the domestic drugs industry from imports that are cheaper.

The increased enforcement by the FDA has cost drug companies in India large sums of money. Ranbaxy, one of the biggest drug makers in India pleaded guilty to criminal charges and paid a fine last year of $500 million, which is the largest fine ever levied against a drug company that manufactures generic drugs.

On Tuesday of last week, the unease reached its peak when a Ranbaxy top executive pleaded with Hamburg during a private meeting with other executives from drug companies to allow the importing of his products to the U.S. so the company would have the income to pay for the fixes the FDA is requiring. She denied the request.

The drug industry in India is one of the most important engines that drive the economy. It exports more than $15 billion each year.