The latest government reports showed that sales of new homes went up last month to the highest level in five years. There is still a lot of uncertainty in the home construction industry but the sales report rekindled builders’ optimism. It has also led to increased hiring. 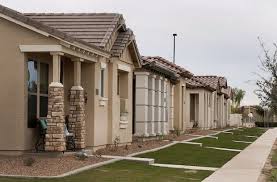 Home building is one of the vital factors of the nation’s economy. The collapse of the housing market had a huge impact on the economy. The gains in home sales give hopes for a rebound. Several developments are now in the works across the nation.

In metro Atlanta, David Smith of Residential South Partners said that he expects to construct 25 new houses this year. It was a big different from three years ago when he built only two. The demand is high but supply is low. This is why it is a good time for builders.

Across the nation, new home sales increased 2.1 percent last month to a seasonally adjusted yearly rate of 476,000 units. This was the highest level since July of 2008. It was the third month in a row that new homes sales went up. Analysts expect construction to increase but will still remain below the peak home building level that was experienced several years ago before the collapse of the housing market.

The recovery of the housing market has helped offset the blow on the economy due to the tight fiscal policy. It was driven by the near zero mortgage rates due to the Federal Reserve’s monetary stimulus. The Fed said that it would start to reduce its bond buying program later this year until the middle of 2014, when it will end.

The increase in home sales has created new problems. There is a lack of good labor. Companies find it hard to get good workers needed for house framing and concrete foundation work.