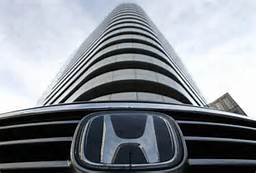 Honda Motor Co posted an operating profit for the third quarter that dropped 22%, which was more than had been expected due to an increase in costs for the massive recall of vehicles worldwide due to air bag problems.

The third largest Japanese automaker is the biggest clients of Takata the air bag manufacturer. Its vehicles represent close to half of the 50 million vehicles recalled around the world because of air bags that exploded with an excessive force and spray the interior of cars with shrapnel, which has led to at least 10 deaths and over 100 injuries.

Honda has urged Takata to increase its efforts to supply it with replacement parts. Tetsuo Iwamura an executive vice president with Honda said the recall was huge and continues to create uncertainty amongst clients.

Honda said it recalled close to 5 million cars worldwide during the third quarter due to the air bags, which increased the overall costs for the recall to 2.2% of its sales through the end of the third quarter, which was up from the previous 1.9% through the first two quarters.

Honda, which is the maker of the Civic and Accord models that are amongst some of the best sellers in the U.S., said operating profit during the quarter ending December 31 dropped by 22.3% to just over 163 billion yen or $1.35 billion.

Wall Street was expecting the operating profit to be 199.3 billion yen.

In addition, to the recall costs rising, the Japanese carmaker said it was hit as well by the negative currency impact in Brazil after the local currency depreciated there against the dollar.

The carmaker posted a 124.1 billion yen net profit for the just ended quarter, which was down over 18.5% from one year ago of 152.3 billion and was less than Wall Street estimates of 148.8 billion yen.

Revenue from sales was up 3.4%, but Honda pared its outlook on its sales revenue for the full year due to the expectations, it would sell fewer cars in Japan and the rest of Asia than it previously had forecast.