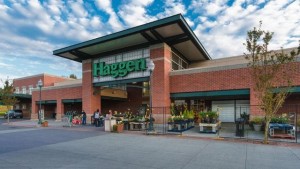 Haggen has filed a lawsuit on September 1 that seeks over $1 billion in damages from the supermarket chain Albertsons. The complaint claims that Albertsons made systematic and coordinated efforts to eliminate competition and Haggen as a competitor in more than 130 local markets across five states.

The complaint also said Albertsons made false representations to both the FTC and Haggen about the commitment by Albertsons to a transformation in a seamless merger of the stores into viable competitors under the banner of Haggen.

The suit was filed in Delaware according to a news release by Haggen. The grocery chain claims that Albertsons sought it out as a way to persuade the FTC that Haggen would be its competitor in many markets out West.

The lawsuit claims Albertsons had violated its end of the sales agreement and that is had conducted a campaign versus Haggen.

The campaign said the lawsuit included premeditated acts of anti-competitive and unfair conduct that had been calculated in order to circumvent the obligations of Albertsons under antitrust laws in the U.S., contractual commitment with Haggen, FTC orders, all that were intended to delay and prevent the Haggen’s successful entry into the local grocery markets that is now dominated by Albertsons.

Haggen during mid-August began closing 30 stores in what was called right sizing.

Haggen has charged that Albertsons carried out many illegal actions that included using confidential information regarding scheduling to market against Haggen, providing false data on prices, deliberate overstocking as well as under stocking of certain items and failing to carrying out routine maintenance prior to the conversion.

Albertsons was unavailable for a comment regarding the $1 billion lawsuit to date has not issued any public statement.

The supermarket industry has become highly competitive and there have been mergers of late that have given companies more leverage due to size.