General Motors announced that it would replace around $3.2 billion of preferred shares owned by a UAW trust fund with lower cost debt. It continues to whack away at the financial constraints as a result of its 2009 bailout. 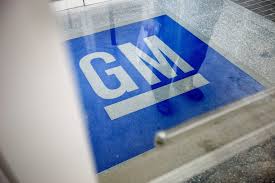 Since it exited bankruptcy, GM has been paying 9 percent annual dividend on the 240 million Series A preferred shares held by the UAW Retiree Medical Benefits Trust that cost around $620 million per year. The healthcare trust acquired the shares as part of the company’s bailout.

The car manufacturer said that it would buy back 120 million of the shares for $27 a share. GM didn’t specify how much new debt it is getting but plans to offer 5, 10 and 30 year notes. Analysts have estimated that they would pay 4 percent to 7 percent.

If GM manages to raise $3 billion in debt, it will save around $100 million per year. Moody’s Investor Service increased GM’s credit rating to investment grade last Monday. The upgrade would help the company borrow at lower rates.

GM will also have a tax benefit from the transaction. Dividend payments made to preferred shares are not tax deductible but payments on unsecured ones are. The company is trying to have liquidity for the future. At the end of 2014, GM plans to redeem all outstanding preferred shares that included 16 million held by Canada Holdings and the 260 million by VEBA Trust. The preferred shares are worth around $6.9 billion. The transaction will improve GM’s earnings per share but the automaker expects to get a special charge of around $800 million in the third quarter.

The US Treasury Department has reduced its stake in GM to 7.3 percent. It plans to divest all of its shares by the end of the year. Treasury’s stake is down from 32 percent in December. The US said that it recovered $35.4 billion of $51 billion invested in GM.

PirateCash Price Down 18.6% This Week