Ride-sharing services got the approval from California regulators Thursday. The move gave the services hope that the move will clear their legal status in other regions. The California Public Utilities Commission made a new category named Transportation Network Company that will cover businesses such as UberX, SideCar and Lyft. The companies let customers get rides via apps from drivers who use their personal, non-commercial vehicles. Consumers pay for the rides through the apps as well. It has taken off in big cities and has become an alternative to getting taxis or driving. The drivers are average people looking to make extra money. 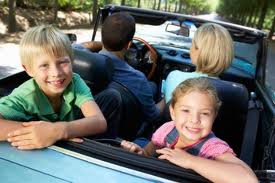 New regulations will require the TNCs to get a license from the CPUC to operate in the state. The drivers are required to undergo a background check. The companies are tasked to establish a driver training program and must have a zero tolerance policy on alcohol and drugs. They must also have a 19 point car inspection. Lastly, the companies must have a commercial liability insurance policy with minimum coverage of $1 million per incident.

Sunil Paul, Chief Executive Officer and co-founder of Sidecar, said that the recognition from California is great for consumers. It indicated that the companies are safe and he thinks that other states and countries will see that and adopt the ruling that California made.

John Zimmer, co-founder of Lyft, said that the approval from CPUC would supersede the authority of local officials, especially those who opposed the new services. In Los Angeles, Lyft and other ride-sharing companies got cease-and-desist orders from the Transportation Department last June.

The ride-sharing services have become popular with consumers in several cities across the globe but existing taxi companies have complained that they are getting customers away from taxis. California is t the first state to formally endorse and regulate on-demand ride-sharing services.