General Motors Hesitant To Issue Yet Another Recall (NYSE:GM) 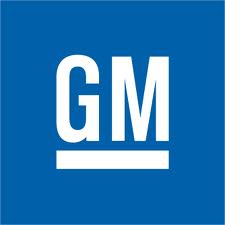 General Motors has been asked to issue yet another recall of its vehicles, this time for trucks that can have a problem with their brake lines. At issue is 1.8 million full-size pickup trucks and sport utility vehicles that could experience corrosion-related brake failures. The affected vehicles are from the 1999 to 2003 model years and include Cadillac Escalade, Chevrolet Silverado, GMC Sierra, Chevrolet Suburban, Chevrolet Tahoe, GMC Yukon, and Chevrolet Avalanche models.

The National Highway Traffic Safety Administration has been investigating the issue since 2010. The investigation began after a man in Ohio filed a formal complaint with the agency about the brakes on his 2003 Chevrolet Silverado 2500 heavy-duty pickup failing due to corroded brake lines. By January 2011, the number of complaints had ballooned to 761, including reports of 26 crashes and three injuries but no reported deaths. To date, more than 1,000 complaints from owners about the issue have been logged by the agency, with some of the owners reporting that they have narrowly avoided crashes as their brakes failed.

G.M. has so far resisted issuing the recall, claiming that the issue is one of maintenance and that rusted brake lines were an industry-wide problem. The issue generally seems to occur in states with harsh winter seasons where a lot of road salt is used during the winter. The car manufacturer has also claimed that since the vehicles have dual brake lines, any vehicle affected would still be capable of coming to a stop. Alan Adler, a spokesman for G.M., said that the company released a parts kit for the brake lines last year and that the owner’s manual recommends maintenance for the brake lines just like the owner must have maintenance performed on the brake pads.

Federal regulators and legislators have been increasing the pressure on General Motors to issue even more recalls, but the company is beginning to push back. The company has recently issued 54 recalls affecting nearly 25.7 million vehicles in the United States alone. Many of the recent recalls from the company has been the result of reviewing past safety problems.