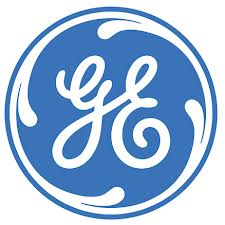 After nearly two months of negotiations, General Electric has announced that the company has reached a deal to purchase Alstom for $13.5 billion. G.E. is adding Alstom’s steam turbine factory in Belfort and a gas turbine plant in Baden, Switzerland to its holdings in Europe. General Electric is currently based in the United States.

General Electric and Alstom both have factories near to each other in Belfort, France that make turbines. The companies have been working side by side for decades and many of the employees of both companies already have previous business and personal relationships with employees of the other company. How the sale will affect the employees of Alstom is not yet known, as no further plans for the company have been released yet.

In 1959, the G.E. plant in Belfort began as an Alstom plant producing G.E.-designed gas turbines. The plant was purchased by G.E. in 1999 and was made into the headquarters of its European power operations. During the two month negotiation period, G.E. CEO Jeff Immelt also needed to convince the French government that the company’s offer for Alstom’s assets was in the best interest of both companies and the government. As part of the deal, it was decided that Alstom would retain a 50 percent interest in three energy joint ventures and the French government would retain a 20 percent stake in Alstom.

This deal will help General Electric reach its goals of expanding its industrial offerings and reducing the role of its finance unit, GE Capital. Demand for new power-generating capacity is increasing in developing markets and GE wants to be in a position to take advantage of that expansion. The company is already the largest player in the industrial gas turbine market. With the conclusion of the deal for Alstom, G.E.’s footprint in the industry will be even larger.