Traders were caught by surprise by the Federal Reserve when the central bank made the announcement that it would not taper its stimulus program. Right after the announcement, the 10 year benchmark Treasury increased with buyers rushing to cover wrong way bets made when most investors expect the Fed to pull back its bond buying program. 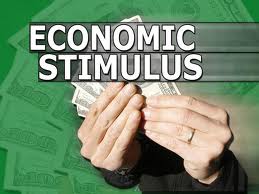 Traders rushed to fill orders as the volume went up. The yield on the 30 year Treasury bond increased to 3.88 percent before it dropped to 3.73 percent. The 10 year note yield dropped to 2.69 percent from 2.85 percent. This was the largest one day drop in almost two years.

More than 11.4 million interest rate future contracts were traded during the day, according to CME Group data. This was almost double the 6.8 million contracts the previous day and an average of 6.1 million a day in August.

Mortgage bonds rebounded as yields dropped sharply. A 30 year Fannie Mae note with a 3.5 percent coupon had its yield drop to 3.35 percent from 3.58 percent. Before the Fed held its meeting, economists and investment managers were already prepared for the tapering of the $85 billion per month in bond purchases by the Fed. According to a survey made by Reuters, 49 of 69 economists thought that the Fed will change its policy as a result of the meeting of its policy makers.

Speculators had amassed a short position of 85,000 contracts in 10 year Treasury bonds as of last week, which was slightly less than the amount from the previous two weeks but was still larger than any other period from May 2012.