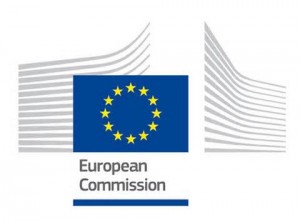 Tech giants based in the United States are in the middle of a huge tussle with the European Union.

The EU is getting worried more and more about big tech dominance, and has launched a new program to boost the tech sector in Europe.

The pressure is being felt by the likes of Amazon, Google, Facebook and Apple due to being under scrutiny by EU authorities.

The EU will launch an investigation of antitrust in the new online Apple music streaming service. In particular, the officials are probing the agreements Apple has with record labels in order to see if it attempted to illegally keep rivals on the sidelines. Apple did not release any comment about the investigation.

Apple had been accused as well of artificially lowering its tax bill in Europe for many decades via a deal in Ireland. The matter is also being investigated by EU authorities.

Facebook is having its private policy looked into by the watchdogs from Europe because they have become concerned by how the social network giants collect user data for target advertisements.

In another class action versus Facebook, close to 25,000 people in Europe have accused Facebook of not respecting privacy rights and sharing their data with a third party.

Google controls over 90% of the Europe web searches and officials in Brussels are concerned the search engine behemoth will abuse its power. In specific, they have accused Google of promoting its services and its content over that of competitors in search results online.

The European Parliament had also recommended that Google be broken up to weaken the dominance it has throughout the region. Google lost the battle over the “Right to be Forgotten” a law in Europe that requires Google to remove unwanted, inappropriate links for its search results if it is requested.

Amazon last week had a probe launched against it by the competition commissioner of Europe into whether the retailer online breached rules on trade that is cross-border, by charging prices that are dramatically different for the same item in different EU countries.