According to the Commerce Department, the economy grew at a modest annual rate of 2.4 percent in the first quarter of 2013. It was slightly slower than the estimate. Consumer spending was stronger than the estimates made by economists but businesses restocked slowly as local and state government spending cuts became deeper. 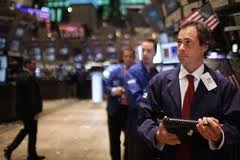 The Commerce Department also said that economic growth from January to March was only marginally below the 2.5 percent annual rate that the government had predicted in April. The rate was still faster than the 0.4 percent growth during the previous quarter.

Most economists estimated growth is slowing to around 2 percent annual rate in the second quarter of the year. They attributed it to the adjustment the economy makes due to federal spending cuts, continuing global weakness, and higher taxes.

Majority of economists believe that the decline would not be as severe as they previously thought it would be. The numbers have been bolstered by solid hiring, record stock gains, and raising home prices. These factors would make consumers spend more.

Analysts said that the small revision to the first quarter growth supported the estimated moderate 2.2 percent rate for the year. They expected growth to improve to 3.2 percent next year as the job market improves more and consumers become more confident in the economy.

Employers added an average of 208,000 jobs per month since November. It was above the monthly average of 138,000 during the previous six months. According to the government, weekly jobless benefit applications increased to 354,000, which is a level consistent with modest job increases.

The number of Americans who signed contracts to purchase homes increased in April to the highest level in three years. This was attributed to the growth in home sales in the coming months. The National Association of Realtors reported a seasonally adjusted index for pending home sales went up 0.3 percent to 106. It was the highest since April 2010.