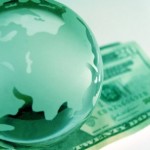 It makes for uncomfortable reading, Egypt’s drop of 3.1 points in the Index of Economic Freedom, the annual guide published by The Wall Street Journal and top US think tank The Heritage Foundation. The US doesn’t come out smelling of roses either, losing 0.3 of a point compared to last year and registering a loss of economic freedom for the fifth year in a row.

Egypt’s performance is understandable given the political and economic turmoil which followed in the wake of the downfall of the Mubarak regime in 2011. This has obviously left the country struggling to get back on track. Nevertheless, there are encouraging signs of progress despite the pessimism often expressed both at home and abroad. The local know-how, incisive market intelligence and economic expertise of the country’s banking sector, for example, has been very much a stabilising influence in turbulent times, with services such as business banking from HSBC, Barclays and other multinationals bolstering investor confidence.

Of course, the Index has little to do with the availability or otherwise of the business bank account from HSBC Egypt, per se, though important such a service may be to the fledgling entrepreneur. Rather, it paints an economic picture using large brush strokes, useful for year-on-year macro economic comparisons. The Index therefore is an important one, tracking as it does the march of economic freedom in 185 countries around the world through a range of benchmarks ranging from property rights to entrepreneurship.

The Index says, “Given its challenging political and economic transition, the Egyptian economy has been experiencing an extended period of instability and uncertainty. Much-needed improvements in economic policy have been delayed, and the effectiveness of reforms that might have helped to open markets and improve productivity has been undercut by the fragile rule of law and the legacy of Egypt’s socialist past. A new, higher top tax rate of 25 percent applies to both individuals and corporations.”

And it adds, “Deeper institutional reforms are critically needed to spur lasting economic growth and development. Those reforms include strengthening of the judicial system, better protection of property rights, and more effective action against growing corruption.”

The Index says the US economic freedom score of 76 places it well above the world and regional averages. However, in registering a loss of economic freedom for the fifth consecutive year, the US has recorded its lowest Index score since 2000.

The Index critique is scathing, saying, “Dynamic entrepreneurial growth is stifled by ever-more-bloated government and a trend toward cronyism that erodes the rule of law. More than three years after the end of recession in June 2009, the US continues to suffer from policy choices that have led to the slowest recovery in 70 years. “Businesses remain in a holding pattern, and unemployment is close to 8 percent. Prospects for greater fiscal freedom are uncertain due to the scheduled expiration of previous cuts in income and payroll taxes and the imposition of new taxes associated with the 2010 health care law.

“Restoring the US to a place among the world’s “free” economies will require significant policy reforms, particularly in reducing the size of government, overhauling the tax system, transforming costly entitlement programs, and streamlining regulations.”

Ouch! You can check out the full Index here.